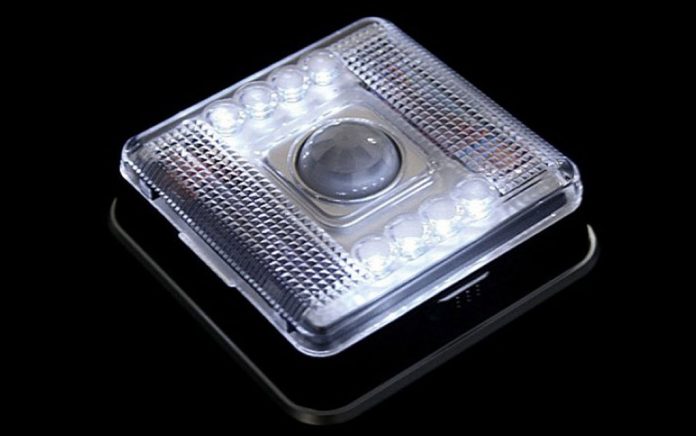 If you haven’t read about motion activated technology and infrared night vision, do so now. It will let you better understand the infrared motion sensors, which we’ll cover here.

Definition: PIR stands for Passive Infra-Red. Passive infrared sensor is an electronic device that is used on motion-activated CCTV cameras, home alarm systems, motion-based flood light systems. These sensors work by detecting infrared radiation levels. Every living creature emits infrared radiation. Be it lizards, pets or humans. The larger the subject, the more energy they radiate. So PIR detectors do exactly that, they scan for higher energy levels that are radiated by humans for instance and send a signal to the system for further action.

Now passive means PIR sensors do not burst out radiation to the surface themselves. Rather they catch any infrared energy passing by. Passive infrared sensor monitors an existing area where usually no infrared radiation is emitted. But as soon as you walk by the field of view of a PIR sensor, it detects the difference in infrared energy and immediately activates the spy camera or home alarm system.

Depending on the sensitivity set, PIR sensors hardly detect very slow moving objects or still objects even if they’re organic in nature. If they were too sensitive, they’d be activated when a fly flies by or a nearby wall gets warmer from the sun heat.

Obviously if the temperature is too hot, over 86 ºF (30 ºC) the sensors will not be as sensitive. When it’s colder, they’ll become more sensitive and detect object in further distance. Optimal working conditions are 60 to 80 degrees Fahrenheit. Someone in the distance will not be immediately spotted, only after they come closer towards the PIR sensor.

Another weakness of a PIR sensor is that it won’t detect objects behind the glass. If you are moving behind the window, PIR sensor will not spot you. However, if you produce a strong enough heat source like flashlight beam or car lights directly towards the sensor, you may activate the alarm.