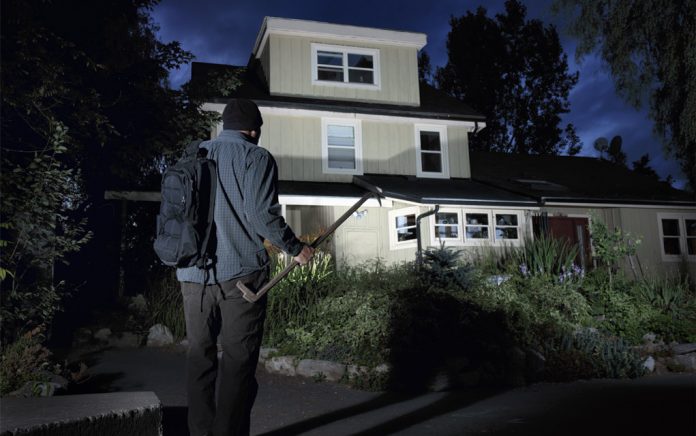 Cheating in casinos, employees messing with food in restaurants, shoplifting or any kind of burglary and theft are not uncommon these days. Every business, once in a while has experienced smaller or bigger problems. Whether it’s the employees, or burglars stealing valuable merchandise… Nobody is protected from such business theft.

And if you think that your business won’t get hurt, guess again.

Because of such attitude, many business owners later regret. And sometimes, it’s just too late to start implementing one or another wireless camera system in place. Some businesses bankrupt before they even start selling.

Some companies hire a security company to install security cameras and keep monitoring their businesses 24 hours a day. Such services may charge hundreds of dollars a month in some cases. It can be quite expensive in the long run, especially for small businesses.

My Friend, if you don’t want to be another careless business manager who risks losing tens or even hundreds of thousands of dollars, because of burglary or employee theft, then you need to protect your business right now.

And the cheapest solution in this case, is by simply installing wired or wireless security camera system in your business office or warehouse…

Security cameras can monitor your buildings 24 hours a day, 7 days a week and it’s very cost efficient compared to professional guards or security company’s services. As a matter of fact, many businesses couldn’t even survive without a help of wired or wireless security camera systems. For instance:

Let’s try to find out what’s available on the market and what you should be aiming at when selecting a security camera system.

Wired or Wireless Security Camera System Should You Choose to Protect Yourself?

First let’s talk about wired security cameras, ok’ Wired security camera systems were used for more than two decades. It is successfully used these days too. Wired cameras are good, because their signals are sent through cables. It means that they aren’t interrupted by some obstacles on the way, like wireless security cameras.

Another thing is that wireless security cameras might be detectable by other people if those people use some high-end tracking devices. Such devices can detect the signals that wireless system sends. In other words, they can see what your security camera sees, while using such detectors from a remote distance.

However, there are wireless security camera systems that solve these problems.

Newer wireless security cameras can have up to 2000 feet transmission radius. Of course, when faced obstacles, such as walls or ceilings, the distance will become shorter. But it can be perfectly enough even for large buildings.

With wireless system it’s much easier. All you need to do is attach a security camera on the walls or ceiling, connect a receiver to the VCR, DVR or a PC, setup the security camera software and you can begin monitoring

What Security Camera Design Should You Choose? Is it Bullet Camera, Dome or Maybe Dummy?

People are used to bullet security cameras. They know what it is and what the purpose of such device is. So whenever someone sees such a camera outside your building, or inside, they know that you’re protecting your property. Believe it or not, bullet-type security cameras prevent thieves from taking action. But, you couldn’t say the same about dome security cameras.

Dome cameras are used for the same reason as any security camera; however, the design of a dome camera is very different.

Dome cameras look like’ well – dome. That’s why they’re called this way. Not everybody is used to such type of security cameras. So if you need a powerful security camera that doesn’t attract so much attention, then a dome camera is your choice. Such cameras are usually installed in casinos or other interior environment where they shouldn’t make much suspicion.

Now dummy cameras have only one purpose – to fool someone. See, a dummy camera means that it’s fake. Such cameras may look like real ones, even have some LEDs and wires, but they do not monitor anything.

Dummy cameras are very cheap compared to real ones. Yes, it might be a good idea to set one up outdoor to prevent burglary. But what about a real protection, when a picture of a burglar could uncover a serious crime?

You might use one or few such dummy cameras somewhere. But you need to have real cameras in place if you want to actually monitor and protect your company’s equipment.

Another thing to consider is a system for capturing video’

Many businesses still use VCR’s (regular video recorders) to record video from wired or wireless security cameras. VCR’s are cheaper, but do not provide such quality as DVR’s. You cannot compare VHS tape video quality with digital videos. Digital video recorders capture many times better quality images than VCR’s. And if you need detailed view, then you should definitely choose a DVR security system.

The biggest advantage of a DVR security system is that it doesn’t need any tapes. With old VCR’s, you’d need to store all the tapes somewhere. And if you overwrite those tapes, then the quality of the image gets worse. VHS tapes ware off over time and the valuable data may be lost. It doesn’t happen with DVR’s.

You can store many gigabytes of data in your hard drive. You can have more than one hard drive to have even bigger capacity. You may easily record some videos into DVD’s and keep them for later use if you need. DVR wireless security camera systems have much better search options. If you need to search for a particular event, you may do so in seconds.

PC based wireless security camera systems are flexible. In some cases, you may change the FPS rate, resolution and quality using software. Such DVR systems use a special DVR card that is installed into a PC (like any other PCI card).

But PC based system may not be your best shot. And here’s why:

PC’s many times crash. You’ve probably experienced it if you’re using a PC for more than one day… Second, PC’s are vulnerable to hackers’ attacks. So with a PC based DVR system, you won’t be able to feel so safe and secure… 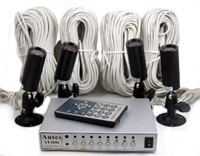 Embedded wireless security camera system looks like a regular DVD player. They aren’t very large, but are very powerful. Such embedded DVR’s have no hack threats. They don’t crash, because they usually use Linux operating systems.

Embedded DVR systems cost more than VCR, but they also provide more options and better quality videos. In such case, you shouldn’t save money on older systems like VCR. New DVR’s are preferred choice by many companies, because they automate your tasks much better and produce higher resolution videos.

Click the link below right now and browse BrickHouseSecurity website to find the most suitable wireless security camera for you.

P.P.S If you think that a DVR system would be perfect along with a wireless security camera system in place, then you can find many cost-efficient options too. BrickHouseSecurity have been in security and surveillance business for a while and they have all the tools you need to protect your business. 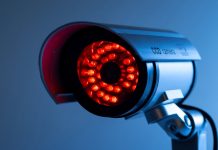 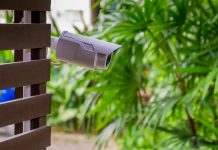 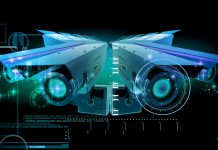